The right tools are essential for shaping and roughing, especially when the surface being worked is large and a significant amount of material has to be removed.

For some time now, special discs have been commercially available for angle grinders (or circular saws) that make it possible to combine the potential of a rasp with these versatile power tools. B&B Artigiana has added three rasp discs to its catalogue, each with a unique diameter (115, 70 and 50 mm).  The company has provided one to be tested for this article on our impressions on using specific tools.

In this case, the proposed disc is the 115 mm one, which is a pretty good option for mid-size projects.  It’s best not to use it for smaller projects, as the tool would be too powerful and the item not robust enough. The initial impression of the disc is just how big and heavy  (about 620 grammes) it actually is, making it immediately clear this is not a tool to be fooled around with.

At the company, like everything else and perfectly in line with local traditions, the tool is produced by hand. The teeth are punched out by hammering the metal twice to obtain the desired level of relief. The tool is largely used by sculptors who need to clean up a piece after an initial roughing out done using a chainsaw.

The effect of a rotating rasp is heavily influenced by the weight as this has a significant impact on the gyroscopic effect. In practice, this means some movements are easier with a rotating disc, but others require more arm power. After producing a few practice cuts and becoming a little more confident, it was fairly easy to control well and so remove the desired excess wood quickly and precisely.

On dry and moderately dry wood, the waste chips flew off without a problem, but on fresh wood, the grooves between the teeth did tend to become a little clogged.

As such, when a job is finished, especially if you’ve been working with resinous conifer wood, it is a good idea to clean the rasp with a brass brush and a suitable solvent. For both end and side grain, the finish is very good, despite the size of the teeth.  We must be honest, we were a little surprised by this and so we wanted to see how it performed on a much thinner piece, so we chose a joint made of  tulipwood. The end result did have a slightly “dishevelled” look, but it was a more than satisfactory result for such a test and we can see many different applications that this opens up.

Of course, such a rasp really stands out when it comes to levelling large areas and removing wood. For the latter use, the maker actually produced a particularly useful solution. The teeth are not only on the front part of the disc, but continue onto the side and, for 10 mm, even onto the back. In practice, this makes it possible to cut into the wood like you might do with a circular saw, but then you can gouge out the wood by moving it left and right. 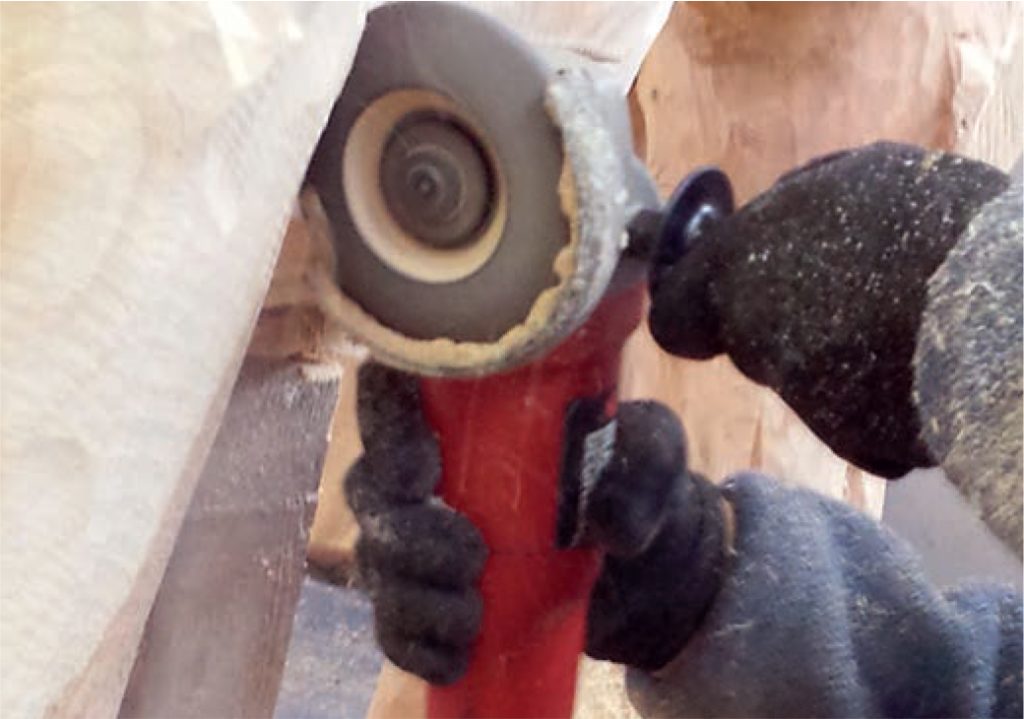 Rotating rasps are generally used for large pieces of work, normally to smooth out the surfaces that have been cut using a chainsaw. The precision is very much tied to the user’s skill and it is essential the right protective equipment is used. 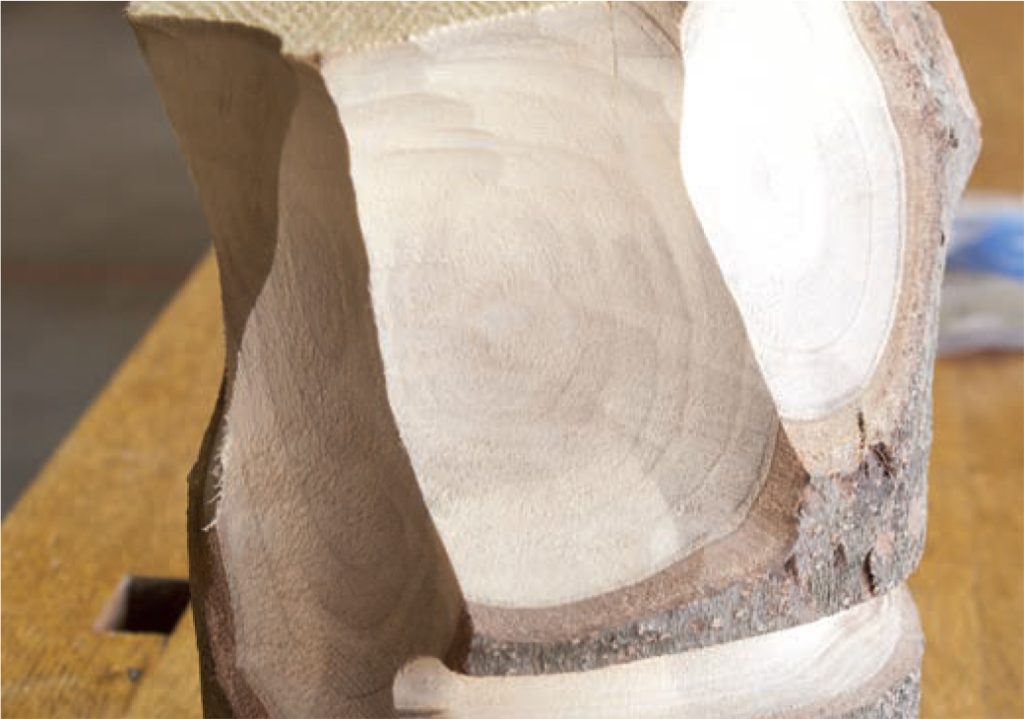 An example of a finish obtained on semi-seasoned wood of medium hardness.
As you can see, the surfaces are quite smooth and precise, with the only points where the fibre looks like it has suffered a bit are when the cut is against the grain (bottom left). 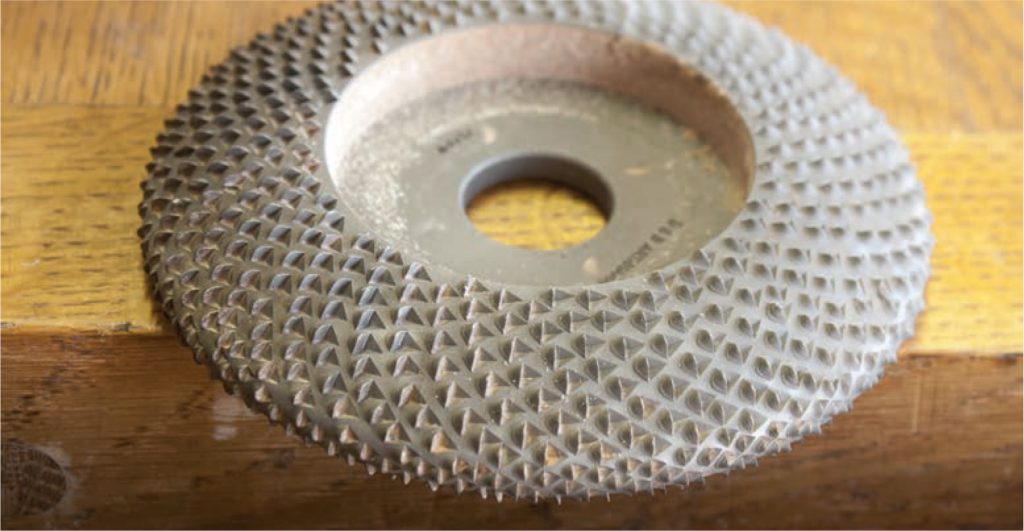 As noted, despite the teeth being quite raised, they remain unclogged provided the wood is dry enough.

Two joinery uses. Left, carving out a seat from a solid piece of mahogany wood. Right, shaping a joint of  tulipwood.  The cleanness of the cut is directly proportional to the compactness of the material being worked.

B&B Artigiana’s disc has the unique feature of the teeth continuing around the border, making it rather like a wide circular saw.This makes it possible to produce grooves or effectively machine in hard-to-reach spots.